DC Statehood: How can it be done?

On Thursday, the House passed a bill along party lines, 216-208. It would make DC the 51st state of the country. The bill will likely stall in the senate, assuming the filibuster remains, which would demand 60 votes to pass.

For more information on visit our recent article “House Passes DC Statehood Bill In Democrat Political Power Grab: What You Need To Know”

The Most Awesomest Chris: “DC is an unusual problem constitutional wise. On one hand those residents have rights that are being denied to them. On the other hand DC was never intended to be a state. Both are TRUE!. What else is TRUE is DC was never supposed to be self governed but it is. It has been for decades under homemade. DC was never intended to be the booming metropolis that it has become. But we are where we are, here & now. Maryland doesn’t want the land back stop asking how I know I live here. This is not a new issue to the region it might be new to you. If special consideration can be given to DC to give it electorial college votes without being a state then the same consideration can be made to give its residents senators and a house rep without being a state. Just expand the 23a. But at the end its not about that at all to Republicans they know everything I just stated. DC is a majority black city and they don’t think they can convince them to elect any republican senators from DC so they aren’t willing to allow them to vote at all. Its as simple as that.”

American Pigeon: Thanks for the response. Fairly argued until you make the assumption that Republicans don’t want blacks to vote. Don’t reduce your argument to ideological talking points, you seem knowledgeable enough to argue without relying on leftist assumptions about anyone who disagrees with them. Firstly, you can vote if you live in DC. The issue isn’t about voting; it’s about the consequences of the national government being under the auspices of a state, as well as its vested interests if it becomes a state unto itself, who represents itself. The article I link below explains more of this, but I defer to Federalist 43 where Madison reflects on the dangerous consequences of statehood, when the federal government was held hostage, needed to be defended, and left vulnerable. Madison saw this is in 1783, then again in 1812, and we see it later in 1861. “A dependence of the members of the general government on the State comprehending the seat of the government, for protection in the exercise of their duty, might bring on the national councils an imputation of awe or influence” to the detriment of other states.” So in summary, while the federal government needs to retain its independence from states, it also cannot Become a state. It’s both unconstitutional and politically advantageous for either party that assumes the White House, as it creates a bipartisan incentive to act in the best interests of itself, its party, or other vested interests, thereby perennially altering the political landscape of this country for years to come. Again, I refer you to the article linked in the description, that refers to and links other sources as well in regards to this history.

The Most Awesomest Chris: I wasn’t saying that Republicans don’t wants blacks to vote. I’m saying Ted Cruz & Lindsey Graham both stated that if DC became a state that those seats would be blue in perpurtity. That means that the Republicans themselves believe they couldn’t convince the majority black residents of DC to elect a republican senator. I don’t believe this because Maryland is hard blue and has a twice elected republican governor.

American Pigeon:  Well, let’s break this down a bit. First, Maryland isn’t DC. The populations are different. So in order to represent Cruz and Graham’s arguments better, let’s consider the actual makeup of DC.

DC has never elected a Republican for office. Not a President, Mayor, and barely a few council members. I think the most was 3. One of whom was a black Republican Jerry Moore in 1974.

You seem to be correlating the large black population with their party affiliation. While it’s likely that many blacks in DC are Democrats, you’d have to equally assume that most whites in DC are Republicans, which wouldn’t fully make sense if the population of DC is almost half and half white and black (44% to 49%, respectively) while only 6% are registered Republicans. Even if every black person represented a monolith and voted Democrat, that still wouldn’t explain how 44% of whites make up the sole 6% of the Republican registry, unless of course, they don’t, and also vote predominantly along Democratic lines.

Democrats are in favor of DC Statehood, and have been for a long time, because it would give them an additional Representative and 2 additional Senators. DC has very little chance of ever going red. Both whites and blacks make up the majority of registered Democratic voters.

While this power imbalance would upset the electorate and disproportionately tip the scales, the effort is, in fact, both unconstitutional and political expediency. The unconstitutionality would require an amendment, and expediency is detrimental to the independence of the federal government; hence, Federalist 43 and the years of 1783 and 1812 that reinforced the founders’ concern over the national government being controlled under the auspices of a state, as well as it being a state unto itself, lest its vested interests become perverted.

This is a multifaceted issue with these couple arguments: power imbalance and unconstitutionality. So we can reduce the former argument to “Republicans themselves believe they couldn’t convince the majority black residents of DC to elect a republican senator”, or we can accept the fact that most registered residents in DC both white and black (again, 44 to 49% of the population, respectively) are already Democrats.

I wholeheartedly reject this race based correlation, as it has nothing to do with the actual arguments, nor does it make statistical sense, as it’s not true to the respective population sizes. It’s a red herring and a poorly constructed fallacy. 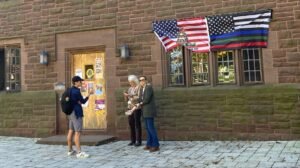 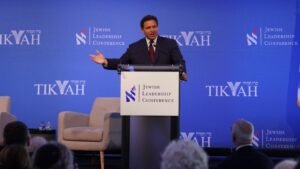 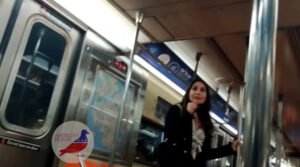