Does it Matter What Makes a Woman?

Why the Most Important Question in the Gender Wars is Ignored

The progressive left has been having a rough time since the release of Matt Walsh’s What Is a Woman? earlier this year. Despite mainstream reviewers’ best efforts to suffocate the film in silence, the message has gotten out and the vacuousness of “expert” opinion on what it means to be a woman has become a matter of national discussion. Most recently, Jon Stewart attempted to tackle the question on his show “The Problem with Jon Stewart.” His answer?

Despite devoting nearly an hour to the subject, Stewart adds remarkably little to the discussion. Within the first few minutes, he interviews a geneticist who explains that while “most” women have XX chromosomes, there are some that don’t. The obvious thing at this point would be to ask what standard is being used to call these people “women,” but of course Jon doesn’t pursue this point. Instead, he quickly moves on to discussing the importance of gender-affirming care without ever having confirmed what the basis of this affirmation could be because, to the progressive left, it doesn’t matter what makes a woman; the question is wrong. What matters is the ethic of affirmation, as explored by writers like Carl Trueman and R.R. Reno.

The “it’s complicated” argument is used to destabilize the category of womanhood by showing that each of the common markers for the category seem to have exceptions when regarded in isolation. Is a woman someone who can bear children? What about women who are infertile? Is a woman a person with a certain genitalia and secondary sex characteristics? What about intersex people? Is a woman someone with XX chromosomes? What about people with genetic anomalies who lack XX chromosomes but have still developed those female secondary sex characteristics?

Taken together, the point of these arguments is to suggest that there is no locus of womanhood, that it is merely an arbitrary social construction. If this is true, the argument goes, then it can be reshaped as desired and there is no just basis for excluding entry to anyone wishing to claim the label. This is why it is increasingly common to hear—as was stated by the Gender Studies professor, Dr. Grzanka, in his interview with Walsh—that a woman is simply anyone who identifies as a woman.

As has been pointed out by Walsh and numerous others, this is a circular definition and creates a logical fallacy known as an infinite regress, where the actual meaning which the definition is supposed to supply is continually deferred. That’s effective if one wants to remove all content from the category, granting unlimited access to it, but it does leave another important question unanswered:

Why would anyone want to identify as this thing called “a woman”?

(READ MORE: A Generation of Lab Rats: Notes on “What is a Woman?”)

The Meaning and Value of Womanhood

In his book, The Unsettling of America, Wendell Berry described a continuing revolution of exploitation observable throughout the whole of American history (though there is no reason to think that it is limited to America or the West). Berry structures this revolution in terms of two groups (exploiters and nurturers) which are continually shifting but which share consistent and observable features, such as the colonials who subjugated the Native Americans being in turn subjugated by their imperial governments and so on.

The exploiter (modeled for Berry by the strip-miner) is a specialist or expert. Their standard is efficiency, and their goal is profit. In contrast, Berry imagines the nurturer (modeled by the farmer) who is not a specialist, whose standard is care and whose goal is health. In general, the nurturer creates value through his care, his desire to preserve the object of his care, and his restraint. The exploiter, lacking restraint or any concern for preservation, seeks to convert this value into personal gain. The same dynamic, mutatis mutandis, can be observed in discussions of transgenderism.

The attack on traditional notions of gender is, in very large part, driven by specialists in academia and the medical establishment. In Jon Stewart’s viral interview with Arkansas Attorney General Leslie Rutledge, he chastised her for having the gall to go against the gender-affirming “guidelines” of psychologists, endocrinologists, etc., as if the question of whether teenagers should be allowed to sterilize themselves was merely a matter of medical technique. Additionally, there is the question of whether allowing them to permanently mutilate their bodies is an authentic expression of care for these youths.

One can also observe a distinct lack of care offered to women who do not go along with the destruction of their gender, who are smeared with the label “TERF” (Trans-Exclusionary Radical Feminist) and treated to incredible amounts of abuse both online and off.

If the progressive definition of womanhood (person who identifies as a woman) fails to supply any meaning for the term, then the practical meaning that it carries when used must come from somewhere else. It may not be obvious, but it is nevertheless true that the value in identifying as a woman can only come from those who do not believe that it is simply a semantically empty label, who do not believe that a woman is simply someone who claims to be a woman. This is the reason that so many trans women dress in very predictable ways and engage in very predictable behaviors. Every transition surgery, every hormone treatment, every change in presentation testifies to the fact that “women” is a word with real meaning, without which there could be no social cachet in its application.

Gender activists often claim that the decision to call some bodies “male” and others “female” is essentially arbitrary, but this could not be further from the truth. The meanings of “man” and “woman” are bound up in material differences that humans could recognize long before we knew anything about chromosomes or “gender expression.” They were meanings born out of the reality of humans coming together to have children, form families and communities, and survive the harsh vicissitudes of nature. Whatever else was left uncertain, wherever two people came together to create a third, one could be sure that they had located a man and a woman. Our sex categories are the residue of that history.

This is the value that is looted whenever the boundaries of womanhood or manhood are erased, and the smarter members of the trans community even recognize this fact. Writing for Vulture in 2019, Andrea Long Chu, transwoman, book critic, and author of the 2019 book, Females, wrote:

“What good is the truth if nothing grows there? The notion that gender was socially constructed, instead of biological fact, was intended to free people like me from our assigned sexes. It did this, perhaps, but only at the cost of the very categories into which we sought entry. As a good feminist, I know there’s no such thing as a woman. As a woman, I resent this.” [Emphasis added]

This is the behavior of a strip-miner, whose exploitation of a resource limits the ability of those that come after to enjoy that same resource.

In Stewart’s opener, he hammered on the need for those outside the gender binary to be treated with “humanity.” I fully agree, but it remains unclear to me how treating someone with humanity requires allowing them to exploit and degrade a form of social capital which they did not create and cannot replace. It is even less clear to me why this exploitation should be enabled at the incredible expense of untold numbers of young people such as those described by Abigail Schrier in her 2020 work, Irreversible Damage.

There was a time when members of the transgender community only asked to be granted freedom to express themselves as the gender with which they identified. Today, that same community increasingly demands recognition and validation from those outside of it. Anyone capable of recognizing and plotting ideological trends can see that this is the source of so many of the absurdities which we are currently facing: from the claims (increasingly prevalent) that refusing to sleep with a trans person is transphobic, to the idea that teenagers who aren’t even permitted to drive a vehicle should be allowed to make decisions which will permanently alter the course of their lives based on an ideology that almost no one understands. Moving forward, maybe the question we should ask is how this ideology was enabled to make such enormous changes to our society. 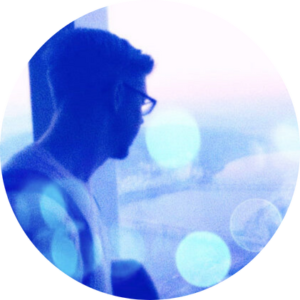 When he is not teaching English, Elliot Lee writes on politics, culture, and philosophy. You can find more of his writing on Substack.
All Posts