In recent weeks, Twitter CEO Elon Musk decided to release more information about the corruption at Twitter through selected journalists in a series of documents called the “Twitter files.”

Many have expressed outrage over these documents which revealed the corruption at the social media giant before Musk took over. These revelations include Twitter accepting various requests from government agencies and political operatives regarding whose account and what stories should be suspended.

“Suspend the many accounts, including @GregRubini and @paulsperry_,which have repeatedly promoted false QAnon conspiracies and harassed [Redacted],” Schiff wrote in his email to Twitter.

Twitter responded to Schiff’s requests by answering, “We don’t do this.”

Sperry was later suspended for unrelated reasons, according to Fox News. In August 2022, Sperry told conservative commentator, Glenn Beck, that he was suspended after tweeting about the FBI’s raid on former President Donald Trump’s estate in Mar-a-Lago.

Sperry was reinstated on the platform last week, a result of Twitter’s new ownership.

In a recent tweet, Sperry said that while Schiff was allegedly lobbying Twitter to ban him, Schiff’s chief of staff, Patrick Boland, was threatening Sperry’s employer, Real Clear Investigations, about his articles, which “exposed” Schiff’s “impeachment whistleblower and his ties to Schiff’s staffer.”

In another tweet, Sperry accused Schiff of being responsible for his ban from Twitter, suggesting that this was why Twitter could “never give me a reason for my suspension.”

Twitter users found it alarming that high-ranking officials were interfering with the social media platform and deciding who to suspend or ban.

This incident regarding Rep. Adam Schiff is not an isolated example of high-profile government officials making requests to Twitter. Twitter Files released in late December 2022 revealed that the FBI collaborated with Twitter to suppress the Hunter Biden laptop story ahead of the 2020 election, according to a report by American Pigeon. 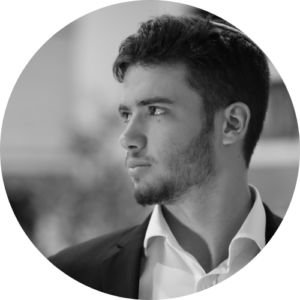 Jacob is a senior in high school in Los Angeles...
All Posts

Login or Register
PrevPreviousBrunson v. Adams: The Little Known Case That Made It To The Supreme Court On Government Collusion During and After The 2020 Election
NextClimate Engineering Startup Begins Releasing Chemicals into AtmosphereNext