“How can I remember things that never happened?”

Of course, Billy Wilder’s Sabrina will always take precedence, but I think it’s worth disregarding the formal criticisms like the off-kelter narration with the passing images of the Larrabee estate—a seemingly insignificant detail, but Wilder’s synchronicity remains unmatched. Generally, I wish there was a way to incorporate all of the best things about Wilder’s film into Sydney Pollack’s, but we can’t have it all.

Humphrey Bogart was not Wilder’s first choice as Linus (it was Cary Grant), making for an unconvincing, and somewhat awkward portrayal—although that seems to be Bogart’s persona in every film: awkward, yet endearing. In the first ten minutes of this film, Ford is already included, acquainting us with his sardonic personality—I immediately assumed he’d be more likable, rather than a merely tolerated and pathetic potential lover for Sabrina . Nevertheless, I was wrong. After watching two greats play this character, it’s clear that it’s just an odd, conniving, contemptible and pathetic role. You can never tell when Linus is being honest, predicating the entire storyline on deceiving the audience, unless invoking contempt from the viewer to the film is intentional; and that is Linus’ strategy all along, which is what makes the “happy” ending unconvincing. In two days, Sabrina and Linus fall in love, but that isn’t a testament to “true” love as much as it is to immaturity and desperation.

The role is subsequently condescending to both of the actors. It makes me re-question my four and a half star rating of Wilder’s film; but on its own merits it still warrants it, storyline aside. Obviously there are salvageable moments—pity that they are only moments. But, I need to give Pollack and the writers some credit here: they deal with this treacherous character by actually showing growth. We discover a lie only through the character later admitting it by attempting to make it a truth: e.g. “I own that” (no he doesn’t); then proceeds to buy it. Still, I got the sense that we were going back and forth between staying on script of the original story and trying to merely improve the way it can be done; but it only took away Pollack’s chance at being original. (Who knows how much liberty he actually had though).

We do see Sabrina (Julia Ormond) and Linus falling in love in Pollack’s rendition, removing the need for Linus to continue lying in order to elicit emotion from Sabrina, which makes his eventual honesty at least somewhat bearable and not impetuously tossed on us.

It’s worth noting the song choice for what was supposed to be Sabrina and David’s (Greg Kinnear) first dance. Wilder played Isn’t It Romantic. Pollack plays How Can I Remember? (written by John Williams, Alan and Marilyn Bergman just for the film). This is perhaps a more fitting tune for a girl that fantasizes about a man who doesn’t know that she exists, but only admittedly recognizes her when she’s beautiful—personally, she truly looked “dazzling” before the short hair and contacts. There wasn’t a glow-up as there was with Hepburn but that isn’t Ormond’s fault.

Overall, there is a more somber atmosphere and poetry to the film that I couldn’t put my finger on until we see a shot panning out from Ormond sitting outside a cafe writing a letter to her dad.

“It’s turned cold out but I don’t feel cold. Across the street someone is playing La Vie En Rose. They do it for the tourists, but I’m always surprised at how it moves me. It means seeing life through rose colored glasses. Now only in Paris where the light is pink can that song make sense. But I’ll have it in my pocket when I get home; and I’ll take it with me wherever I go from now on.”

Unfortunately, there aren’t enough scenes like this to justify this one. Still, it was a good touch.

A neat little touch was that we learn that Sabrina’s name comes from a poem about a “little water spout who saved a virgin from a fate worse than death.” “Sabrina is the virgin?” Linus suggests. “The savior,” Sabrina replies. This both foreshadows and sums up the relationship between them, which just emphasizes how weird this is. Linus must be at least 30 years her senior; it wouldn’t be such a desperate situation if he hadn’t said he “needed” her.

Ormond plays a Sabrina that isn’t the childish character Hepburn plays, so it’s odd to see her as “needing” to “save” anyone, or needing someone to “make her happy”—that her father was presented as somewhat okay with the relationship is more convenient for the story and ultimately condescending to Sabrina. But we did not focus too much on Ormond’s character anyway. She was too mature for the role, especially with the post-Paris glow that made everyone fall for her.

All around, I think three stars is generous. But I enjoyed it. I had a good time. But this is more out of respect to Wilder and the actors than it is to some brilliance displayed by this rendition.

PrevPreviousA Generation of Lab Rats: Notes on “What is a Woman?”
NextTwitter Unlocks ‘Libs Of TikTok’ After Dispute over Drag Shows Targeting ChildrenNext 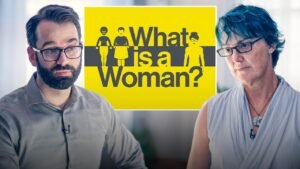 A Generation of Lab Rats: Notes on “What is a Woman?” 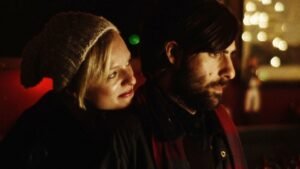 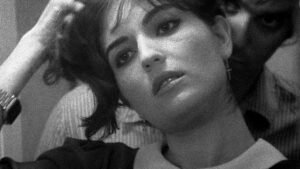 People With Jobs Are Losers: ‘The Color Wheel’ Review 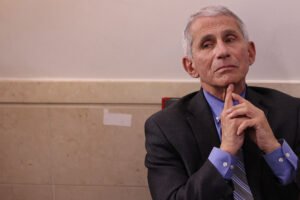 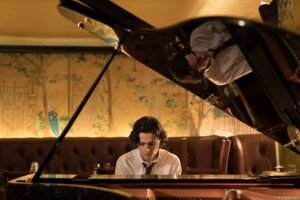