It’s now been a month since President Biden’s administration officially pulled American troops out from Afghanistan. While the mainstream media initially struggled (quite understandably) to spin this as a positive for the Biden Administration, we’re now seeing exactly what we’ve come to expect: the onset of the media’s blatant attempt to completely sweep it under the rug. There’s no doubt we’re going to see a lot more frustrating attempts at revisionist history.

The War in Afghanistan, effectively giving up and handing over control to the Taliban, is not the first defeat America suffered. George W. Bush initially declared war on Afghanistan, with near unanimous 98 to 2 Senate votes in consent, to retaliate for the terrorist attacks of September 11th, 2001. Just recently having passed the twenty-year anniversary of the events that led to 3,000 innocent Americans losing their lives, America has absolutely not forgotten that horrid day.

One of the only things the mainstream media was too ashamed to criticize President Trump over his four-year term was his foreign policy success. America was once again a leader in the world on all fronts. Not counting the COVID-19 global pandemic, President Trump reenergized America. From national economic growth, to record low unemployment and labor market numbers we haven’t seen in half a century, President Trump’s biggest wins came geopolitically.

While you were intellectually honest enough to admit it or not, you agreed with President Trump on the following: a) ISIS; his rhetoric, al-Baghdadi assassination, calling for ‘annihilation tactics’; b) Iran; discontinued ‘friendship’ established by President Obama with the world’s leading state sponsor of radical Islamic terrorism, executed major international terrorist Qasem Soleimani; c) North Korea; perhaps you were skeptical at first, but once President Trump called him ‘Little Rocket Man’ and they subsequently became friends, America finally had a real chance at a movement towards peace with North Korea; lastly longstanding allies like d) Japan, United Kingdom, Germany, South Korea, Ukraine, NATO, etc.

While the Russian collusion debacle—which was never substantiated by Democrats and was similarly swept under the rug—took up the bulk of daily presidential administration media coverage, there were some important moments and actions the American public clearly favored and took note of, irrespective of party lines.

I would say the first is actually indirectly related to the Russian Collusion nightmare; taking action against Assad’s regime in Syria when we determined chemical weapons were being used against the Syrian rebels, which went against established wartime policies by the international community. While the media was running with anything to do with Russia, under President Trump’s direction, Secretary Mattis fired 51 tomahawk missiles at a Syrian air base where those chemicals were allegedly fired from.

I’ll never forget President Trump’s corresponding post caption after the announcement: “America stands for action and America took action.” Perhaps taking a jab at his predecessor, who let Assad use chemical weapons without responding militarily, one got a sense that a majority of the country agreed with that principle of a more proactive America.

There were other moments as well, The MOAB dropped on ISIS in Afghanistan, taking out al-Baghdadi, and eliminating Qasem Soleimani from the battlefield and withdrawing from the Iran deal. Those all appeared to be moments a divided country was in unison with the President on. Think about what all those moments had in common.

All those moments were collective to every day Americans, who agreed that we took the correct military action as a country against our enemies, even if they media tried to discourage them from agreeing with President Trump when it came to the targeted assassination of Qasem Soleimani. Soleimani was the leader of Iran’s Quds Force for over two decades; the Quds Force is one of five branches of Iran’s Islamic Revolutionary Guard Corps (IRGC). It’s considered to be secretive, sophisticated, stealthy, and highly capable. Horrifying, it’s also by far the “closest” branch of the military to the Ayatollah, the religious leader of Iran. Religious zealots who lead “Death to America” chants don’t have good intentions. The death of the leader of a group who executed commands made by an individual who promoted global “Death to America” chants is simply not a terrible tragedy for Americans.

George W. Bush’s commitment to fighting those who harbored Al Qaeda, catalyzed by the U.S. invasion of Afghanistan after the 9/11 terrorist attacks, is such a standing. Congressional approval was largely lopsided in favor of the invasion. The enemy was the Taliban, and most importantly, under the Bush Administration (much like the Trump administration), America was poised to protect their position as the leader of the free world. The mastermind behind the 9/11 atrocities, Khalid Sheikh Mohammad (KSM), has admitted he expected a different response from the Bush Administration. He confessed that Al Qaeda expected America to chalk it up to a security blunder, but he was grossly mistaken.

While the mainstream media’s desire to cover for Democrats wasn’t surprising, it tells us a lot about how American voters really feel about the last 20 years. They don’t support President Biden’s withdrawal, no matter how CNN anchors try to spin it. The majority would not accept an outcome where after 20 years of hard-fought battle, we handed Afghanistan over to the Taliban. Without making any real dent in Afghanistan in terms of the eradication of radical Islamic terrorism, it’s unfortunate to admit America failed.

Not only did we surrender 20 years of hard work and sacrifice, with countless American lives lost and trillions of dollars spent, but we surrendered it to a vicious enemy with a long track record of openly waging war against those who do not conform to Islamic supremacism. Afghanistan was a safe haven for those who conspired and coordinated the 9/11 attacks on the World Trade Center, which took 3,000 innocent American lives. Afghanistan will once again be a safe haven for Islamic terror groups; hopefully, not worse than the Taliban. The last thing President Biden would want to have on his conscience is another blunder, such as, when Vice President, America withdrew from Iraq, leaving a vacuum for ISIS to fill, who rapidly proved to be far less humane than Saddam’s rule ever was.

Some may arguably ask what was the benefit of the 20 year long war in Afghanistan? The answer is “no more 9/11’s”, as Rep. Dan Crenshaw remarked.

America isn’t known for giving up against an enemy that jeopardizes America’s safety, just because President Biden’s advisors shrugged their shoulders and agreed it would be politically wise.

President Biden made one of the most un-American decisions in recent history.

The feeling of leaving Americans behind Taliban controlled lines after our military departed is gut-wrenching. That’s not what America stands for; that’s not what America has ever stood for. No American gets hastily left behind in hostile territory; not one. President Biden will forever be remembered for a terrible quality in a leader: incompetence. He gave up on defeating Islamic terrorism in Afghanistan. He gave up on two decades worth of American lives, blood, and sweat spent fighting a vicious enemy, and then handing over our weaponry. He gave up on countless Americans who are not—and never will be—okay with taking a backseat to groups like the Taliban. 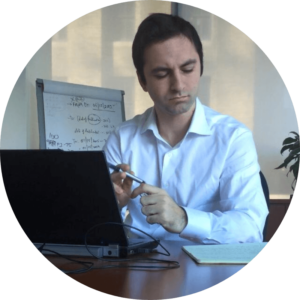 PrevPreviousACLU Member Admits to Being an “Activist” (VIDEO)
NextConfused Governor Promises Texans an Audit, May Deliver Recount of Ballots InsteadNext