The Ivy League reaffirms its unwavering commitment to providing an inclusive environment for all student-athletes while condemning transphobia and discrimination in any form” said The Ivy League conference in a statement supportive of Lia Thomas. Left and right, the transgender female swimmer has crushed NCAA records and has landed a spot in the media’s lime-light. In adherence to the NCAA guidelines Thomas underwent two and a half years of prior cross-sex hormone treatment to gain eligibility to compete against females. When postmodernists see Thomas swimming against female competitors they laud it as a sign of progress. Others see it as a harbinger of societal degeneration.

The NCAA is fine with Thomas competing against females as long as the swimmer doesn’t hold an unfair advantage. Transgender females must transition for at least a year before they’re eligible for female competition. By the looks of the policy, it appears the NCAA thinks removing testosterone for 12 months mitigates any advantages that are gained from the hormone.

At least The Ivy League and NCAA recognize testosterone provides a sports advantage when it’s running through an athlete’s veins during and near the time of competition. A few of these advantages are increased muscle recovery, strength and higher blood levels of oxygen-carrying hemoglobin. There’s consensus testosterone provides these acute advantages. Though, The International Olympic Committee has taken up its own version of lunacy by issuing guidelines suggesting sports federations should to remove any regulation regarding transgender athletes. The IOC recommends athletes shouldn’t be subject to “invasive physical examinations.” I guess privacy supersedes equity, a new one for the left.

No doubt, after removing testosterone from the body strength, recovery, and athletic performance drops. Data is in support. In a recent study looking at the athletic performances of U.S. Air Force cadets, researchers found significant declines in athletic performance after transgender females (biological men) went though two years of cross-sex hormone therapy. But the acute advantage of testosterone isn’t important. “Are there permanent effects of prior endogenous testosterone exposure, which carry into sport and provide advantage, that a male might enjoy even if testosterone is absent during the time of competition?” is the question that must be answered to “provide an inclusive environment,” using the words of The Ivy League. After-all, if an advantage exists we wouldn’t want to discriminate against those who aren’t privileged.

Before puberty there aren’t catechismal differences between the sexes (saving reproductive organs). Both produce the same amounts of strength by estimation. Athletic metrics are about equal, too. Readers may recall memories from their childhood when both sexes were matched in everyday gym activities. All of this changes once the male hypothalamus begins communicating with the pituitary gland–the pituitary is the initiator gland for hormone signaling in the body. The gland will send chemical messengers to other hormone secreting glands. For example: the adrenal and thyroid glands receive a “turn on” signal from the pituitary to produce their respective hormones. However, the glands that are of importance here are the ones that induce puberty: Gonads.

Once the pituitary gland receives the green-light from the hypothalamus it will send pulsatile messages to the male gonads and testosterone synthesis begins. This, simplified, is how puberty starts. Then, the gonads release testosterone into the blood-stream which binds to receptors inundated in the body. This causes morphological and cellular changes. These bodily changes give rise to the physical advantage and sexual dimorphism one can observe between the sexes around middle-school. Testosterone signaling from the gonads will persist throughout a boy’s life, only dropping off around the age of 30 or so.

The pulmonary system undergoes permanent, morphological changes once puberty starts. Males will form larger lung volumes and wider airway diameters than females. The amount of work required to respire (called “work of breathing”) drops below the average female’s rate, thus, resulting in a higher maximal oxygen consumption (called VO2-max in the scientific literature). In reviewing the pulmonary differences between the sexes researchers said in the journal Breath “The greater oxygen cost of breathing in women means that a greater fraction of total oxygen uptake and cardiac output is directed to the respiratory muscles, influencing exercise performance.“

Exercise performance is largely influenced by muscle stamina, and muscle stamina is influenced by oxygen consumption. The male advantage as provided by the wider airways is similar to athletes who travel to high altitude areas to train. As we all know, high altitude areas have less oxygen. Athletes training in these environments adapt physiologically. Their bodies learn to “hold onto” oxygen tighter from changes in O2-carrying proteins. These athletes will lose the adaptation soon after they leave their training grounds, but the pulmonary airways of males who’ve been exposed to endogenous testosterone won’t shrink to pre-pubertal diameters. Lia Thomas’ pulmonary system is more efficient than her peers.’ She is able to shuttle more oxygen into her muscle tissue for less metabolic cost. Thomas has gained this advantage from prior testosterone exposure.

Even if a male goes through cross-sex hormone therapy he’ll bring more muscle myonuclei to the competition than a female does. Myonuclei are the nuclei in muscle cells. During post-exercise hypertrophy testosterone modulates the response we know as muscle protein synthesis (MPS). More importantly, testosterone will increase myonuclei proliferation during MPS. Females will accrue their own myonuclei during muscle hypertrophy, yes, but their accretion rate isn’t equal to that of males because they don’t have a comparable amount of testosterone. The more testosterone you have in your body, the more myonuclei you build during MPS.

If a man tanks his testosterone two years before a sporting event he brings those former years (and in some cases decades) of heightened myonuclei proliferation which the female competitors were not lucky enough to experience. Now, would the transitioned male have lost those accumulated myonuclei during, say, the two or three years of cross-sex hormone therapy? By no means. Myonuclei don’t go away regardless of endocrine changes once they’re created. Entire nuclei are added to the muscle cell. Dr. Lawrence Schwartz, in a review paper refuting the notion that while muscles atrophy their cytoplasm-myonuclei ratio decreases (known as Myonuclear Domain Theory) stated,

“In summary, while the addition of new nuclei with muscle growth is largely accepted, the apoptotic loss of nuclei with atrophy cannot be supported … Instead, it appears that once acquired, myonuclei persist even when a muscle becomes atrophic.” Muscle cells—and by consequence muscle bodies–wither from detraining. But they will never lose their myonuclei. This wouldn’t be an issue if there weren’t mountains of evidence myonuclei didn’t inhibit muscle atrophy and promote muscle hypertrophy via “muscle memory”—both phenomena that are beneficial to sport. Evidence suggests not only will muscles with more myonuclei atrophy less from detraining, but they’ll also atrophy less from the entropy of aging.

Many don’t account for the obvious difference between the sexes: height. When puberty starts in the male body IGF-1 spikes in conjunction with testosterone. IGF-1 will bind to cartilage producing cells located at the ends of bones and increase their production. This cartilage will eventually form calcium-dense bone and is the genesis of the famous “growth spurt.” Girls will form bone and grow taller the same way. However, their IGF-1 spikes won’t be of the same magnitude because they don’t have a comparable level of testosterone to create the same synergistic effect. This is the mechanism behind why boys are taller than girls on average. Testosterone and IGF-1 synergize.

Height (and width) is demonstrably beneficial in a myriad of sports. Basketball, volleyball, hurdling, rowing, and swimming all come to mind. Tall basketball players are closer to the hoop and are more difficult to guard than short players. Tall hurdlers have an easier time getting over hurdles. Tall, long-limbed rowers enjoy a leverage advantage. Tall swimmers have a hydrodynamic advantage over short, stout swimmers.

“But some women are taller than men. And, some men are taller than their peers. You’ll never be able to get rid of all the advantages. Just look at the NBA!” someone might say. True. There will be vast height variation regardless if you segregate competitors by sex. However, that doesn’t mean we ought not to separate the competitors if doing so has an impact on the height distribution. If there’s a variable that exists among the competitors which impacts their height, we ought to segregate by that variable to prevent those who possess the height advantage from competing with those who do not. Variation will still exist among the segregated groups, but, by this segregation we’ve distributed the advantage in a feasible way. You could let everyone compete together. Yet, to remain “inclusive” to the disadvantaged we ought not do so.

That variable is sex. This can be observed when looking at height distributions and applying elementary statistical thinking. A thought experiment: Let’s say you measure out all the heights of males and females in a given population. After, you plot your data on a distribution curve. The curve looks a little wonky. So, to investigate if sex has a statistically significant impact on the height distribution you plot men and women separately. If the bell-curves have a statistically significant gap between their peaks (averages), it would conclude that sex has a significant impact on height in the population. The more space between the two peaks, the more impact on height distribution. If the peaks lay on top of each other sex wouldn’t have an impact. Therefore, you would be separating the individuals (competitors) based on something arbitrary.

Lo and behold, the curves separate. I’ve plotted the heights of 4000+ U.S. Military Soldiers below. Data can be obtained here. On average, males are taller than females. Segregating by sex has an average impact on height distribution in the population.

Time and time again, the left will plunge its head into the sand when “the science” doesn’t agree with the postmodern agenda. Lia Thomas and company enjoy a sports advantage over biological females because of a-priori exposure to testosterone. These advantages are increased oxygen consumption, more muscle myonuclei and height. These advantages can be accounted for in a statistically impactful way if we exclude men–people who have been exposed to testosterone in a past life–from competing with women.

Thomas’ increase in respiratory efficiency—provided by enlarged pulmonary airways—allows Thomas’ body to withstand more aerobic stress during swim meets. Thomas is able to move more oxygen into muscle tissue and expel more CO2 than the female competitors. In consequence, the swimmer brings a higher muscle stamina to the competition, and the fatigue from swimming during a race will occur later. The muscle in Thomas’ body will atrophy less during off-seasons, too. Moreover, when collegiate swimmers start training again for swimming season Thomas will regain prior strength and muscle size from a muscle hypertrophy advantage. This is all thanks to Thomas’ higher number of myonuclei than the female competitors, those of whom weren’t given a window of heightened accretion in a past life. Lastly, the testosterone and IGF-1 that once tunneled through Thomas’s body has elongated the athlete’s bones more so than female competitors. Not only does Thomas have a hydrodynamic advantage over the female sex, but, more water is propelled behind the athlete because of an increased surface area of anatomy. 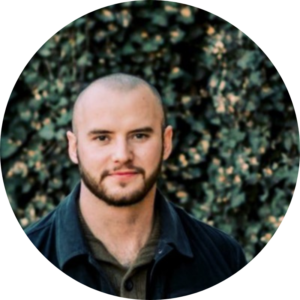 Charles Jacobi is a PhD student in biological sciences studying neuroscience and visually processed fear. He writes about culture and politics at TheSapient.net and on Twitter at @charlesjacobi.
All Posts

Login or Register
PrevPreviousFreedom is Taken in Tiny Bites: Shifting Baseline Syndrome and Mass Formation Psychosis
NextTop 10 Potential Jobs for Anthony Fauci after he’s Fired by Trump in 2025Next