I was part of the Young Leaders Program at the Heritage Foundation in 2010. When I was there, I read a lot of Hillsdale College material.

There was something pretty arrogant about conservatism in those days, which also unfortunately reinforced negative progressive characterizations of it. Conservatism struggled to define itself in the 2010s as the Richard Spencers masqueraded around in its name in the aftermath of Bushism.

The right had spent much of the decade prior justifying a war based on false premises and took on anti-intellectualism as a result of a president who was at least perceived by a lot of people as not that intelligent. They seemed more concerned about ideological purity, gay marriage and the election of a black president than anything substantive.

Oh my, how things have changed. There was nothing free in that world—in fact, that era of conservatives hated “free stuff.” Now Hillsdale College is continually providing free lectures, along with free knowledge tests and certificates from its most prominent faculty.

A Bachelor’s Degree is rarely cheap. In order to obtain one, most people have to get money from family and relatives, take out a loan or seek out a scholarship. Continuing education and non-accredited courses have long been a thing, and the internet now allows many of these basic courses to be distributed freely. Harvard, the University of Tokyo, and Brigham Young University all offer some portion of the curriculum up to the broader public.

The Hillsdale courses have a cinematic element. While the rest of the world stares awkwardly at one another on Zoom calls, Hillsdale faculty are doing what documentary filmmakers once did. There is a clear influence on the introduction to courses like “The Second World Wars” from Dan Carlin’s legendary Hardcore History podcast, with music matching audio clips of Winston Churchill saying “we will never surrender,” much as Carlin’s podcast opened with Adolf Hitler ranting about expelling Jews from Europe.

Victor Davis Hanson was a frequent guest on Carlin’s podcast and he makes appearances in two Hillsdale courses—the aforementioned Second World Wars course, along with the “Athens and Sparta” course. The latter is an older course, as ISIS is mentioned in some of the extra materials. The Second World Wars course has Hanson in a dimly lit room sparsely decorated with World War II paraphernalia, including an old typewriter and a recruiting poster.

Victor Davis Hanson is the clear superstar of Hillsdale’s Online Course catalog and a new course, released this month, called “American Citizenship and its Decline” goes beyond performing a public service to brilliantly promoting Hanson’s newest book, The Dying Citizen. That book argues that a new form of government in the United States has actually devalued citizenship and turned people against their own national community.

When I learned about WWII as a child, I was exposed to the graphic novel Maus by Art Spiegelman, along with the movies Life is Beautiful, Schindler’s List and Saving Private Ryan. On the other end of the equation, I was later exposed to the Japanese anime Grave of the Fireflies and Barefoot Gen, which depicted the very real horror that Japanese civilians endured toward the end of the war.

All of the above films, along with the curriculum that came with them, were meant to be morally jarring and explosive. There is something a bit different with the Hillsdale course. Professor Larry P. Arnn, President of Hillsdale, opens by juxtaposing the totalitarian Soviet regime with the Putin regime that now presides over Russia. Arnn argues that the Putin regime is much less repressive, “terrible thing that it is.” Unlike the neoconservative righteousness that was in the air all those years ago, there was something much more resigned to the world that is in that statement.

Arnn provides the introduction to multiple courses and his quiet and calm demeanor expresses a man who knows that the narratives he is providing are in great danger of fading into history, but who also recognizes that at least attempting to pass them on is a duty. Even though there is a clear perspective in the courses he introduces, they feel like the exact opposite of indoctrination. In fact, at one point, he quite literally says, with a shrug, that he will join his students for another course “if the country still holds together.”

Hillsdale College sells a number of books, hats and gifts that are overpriced and unlikely to be consumed by anyone unfamiliar with conservatism.

Despite the ascent of progressivism, it still costs an arm and a leg to enter a top four year university. One has to play the right kind of victim in order to apprehend a top scholarship, and constantly pitch themselves. These free courses flip the script on equity. They provide an opportunity, in the midst of a progressive climate, to flip the script on multiple historical narratives.

Another pot shot at the leftist narrative in universities could be a course on post-USSR. How did Francis Fukuyama, who predicted the worldwide ascent of Western democracy in The End of History and the Last Man, end up wrong as millionaires looted the Soviet treasury in the 1990s and then most of the Soviet institutions were recreated under the cover of Eurasianism in the 2000s and 2010s?

The outsider position of conservatism in 2021 provides a great opportunity for heterodoxy and rebellion. In its journal Imprimis, Hillsdale College boasts that over two million students have taken their online courses.

“We have learned a lot from producing online courses for the public over the past decade, and over two million citizens have taken one or more of them. Soon we plan to start a master’s degree program in classical education, and we will have an online component to that as well.” 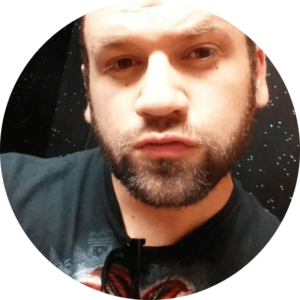 PrevPreviousThe Diversity Myth
NextTop 10 Signs Your Kid is a LiberalNext