News sites and networks have been reporting that militant Qanon believers were planning an attack in DC on March 4th to mark what they supposedly believe is President Trump’s return to power.

Capitol Police and the National Guard increased their presence and prepared for an attack.

The article admitted, however, that things were quiet in DC.

“Amid the high security presence, the National Mall was almost totally deserted, save for joggers, journalists and a handful of tourists trying to take photos of the Capitol dome through the fence.” 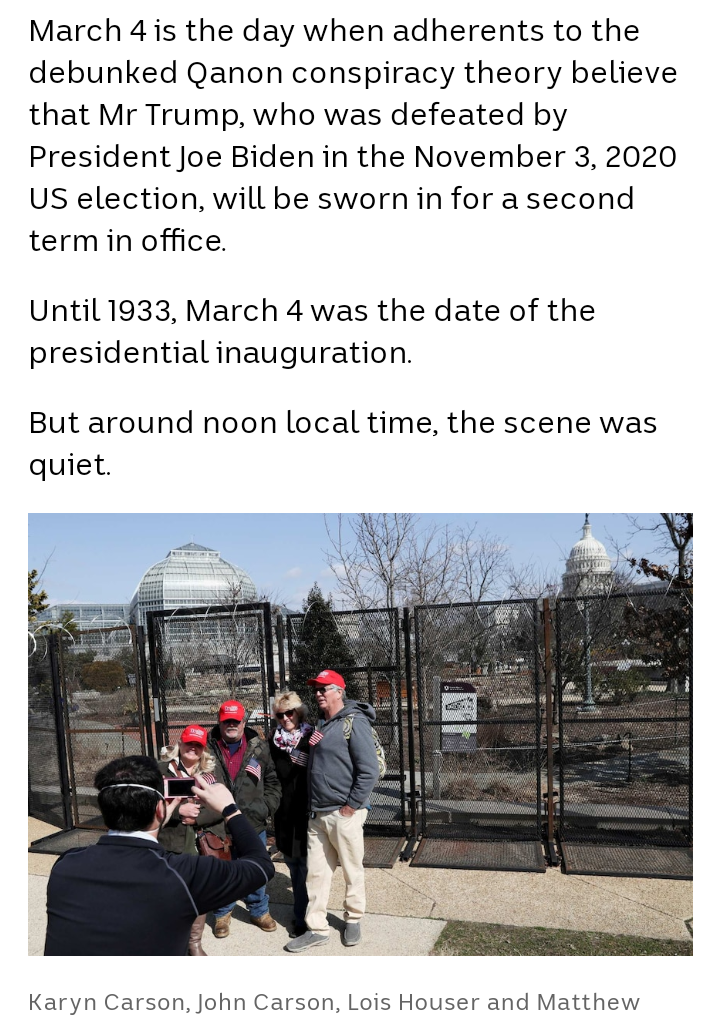 ABC shared their article on Twitter despite it being misinformation. Trump supporters were not at the capitol hoping Trump returned for a second term.

High security at US Capitol as Trump supporters gather hoping for his return to power https://t.co/mbDESTKbMW

Twitter supposedly suspends accounts that spread misinformation, or at least takes down or labels the tweets as misinformation. They do it many times to tweets that are credible, but ABC’s tweet is still up despite its falsehood.

Out here at The Capitol looking for QAnon supporters 👀 pic.twitter.com/USsfsLgagI

The House had cancelled their session for today due to the supposed attack.

Despite all the reports of a potential attack, all that ended up happening was more tax dollars going to waste, and a lot of people wasting their time protecting Washington from…. nothing.

Over one month ago, the mainstream media was reporting that armed Trump supporters would try to take over capitols around the country on the day of Joe Biden’s inauguration. But nothing of the sort ever happened.

When BLM and Antifa were rioting for months, the mainstream media called them peaceful protests.

Do you trust the media’s reports about protests and riots anymore?

For being supposedly against Qanon, the left seems to be the only political aisle to take them seriously.

Yaakov Strasberg is the Chief Political Correspondent for American Pigeon.
All Posts