LGBTQ+ Army Ignores Concerns over Pandering, Replies to IG Comments; Who’s in Charge of the Account?

Recently, the military has come under political attack by service-members, politicians, and civilians alike for becoming too political and ‘woke.’ One commercial under a series entitled “The Calling”, caused controversy over its ‘soft’ and pandering look, in comparison with stronger China and Russia military ads.

In another controversy, General Mark Milley, testifying before House Armed Services Committee, has come out in defense of Critical Race Theory— a theory promoting that race is a construct intended to uphold white supremacy and white privilege. “I do want to understand white rage,” Milley said.

Given the onslaught of new programs, agencies, and political pandering, service members have been skeptical and critical of the military’s stance on political issues. (See “The Calling” above for a brief list of such programs and agencies).

With politics and sexuality inserted into everything we do, look at, and identify as, the LGBTQ+ movement has been used as another tool for ‘woke’ virtue signaling. Corporations have recently come out to advertise during June, pride month, but only in the U.S.

Education and the military have been infiltrated with racialist curriculums, and now the military has been pushing these agendas, woke agencies and programs, such as now providing gender transition care with tax dollars.

Many comments were supportive, many were not.

The overwhelming sentiment from the latter was, “We don’t care. Do your job.” 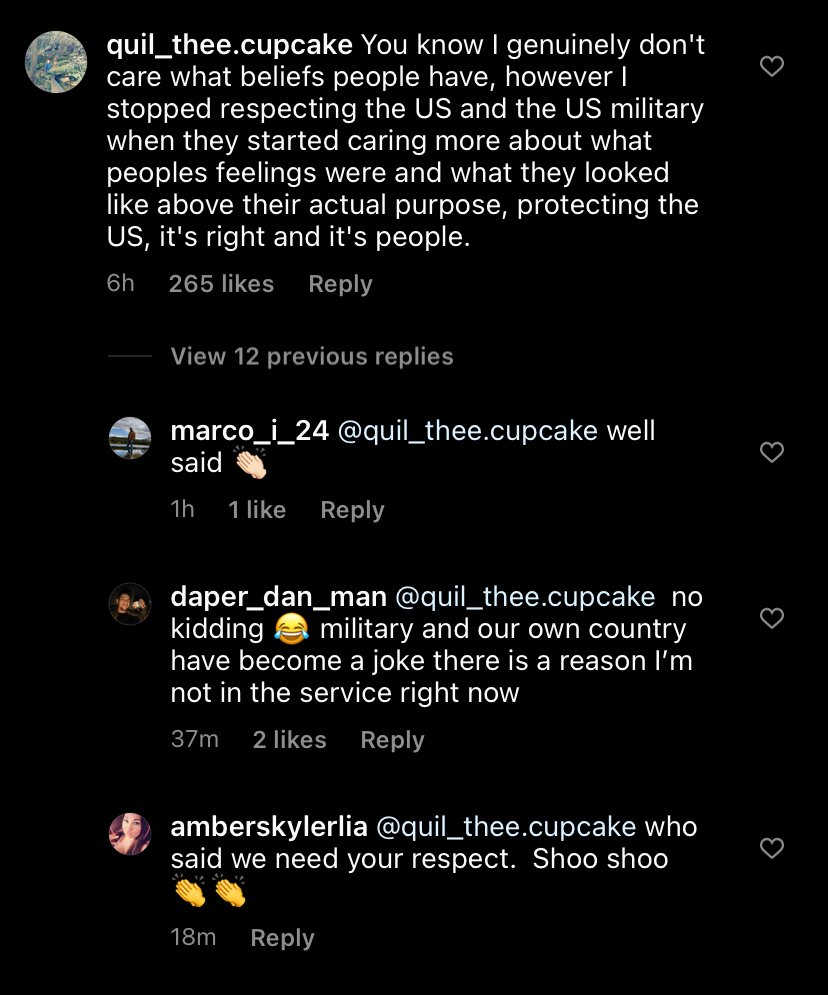 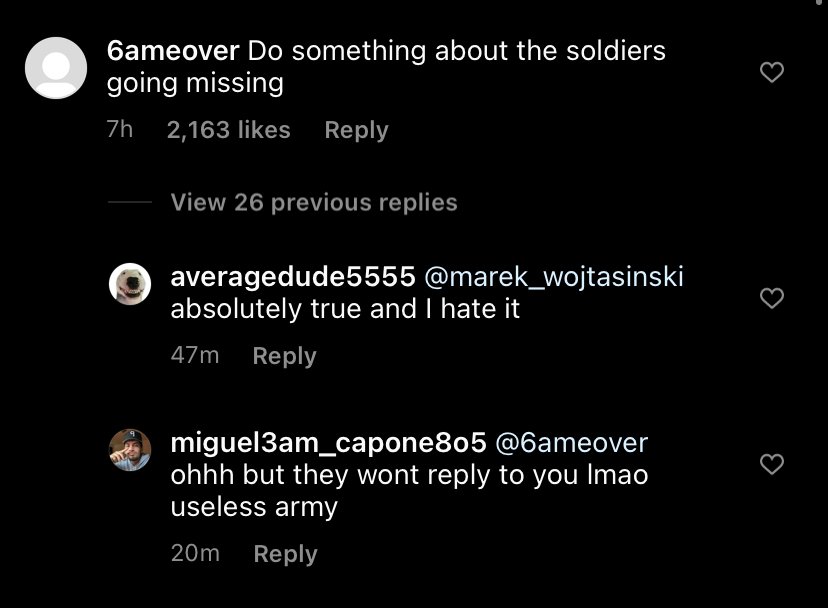 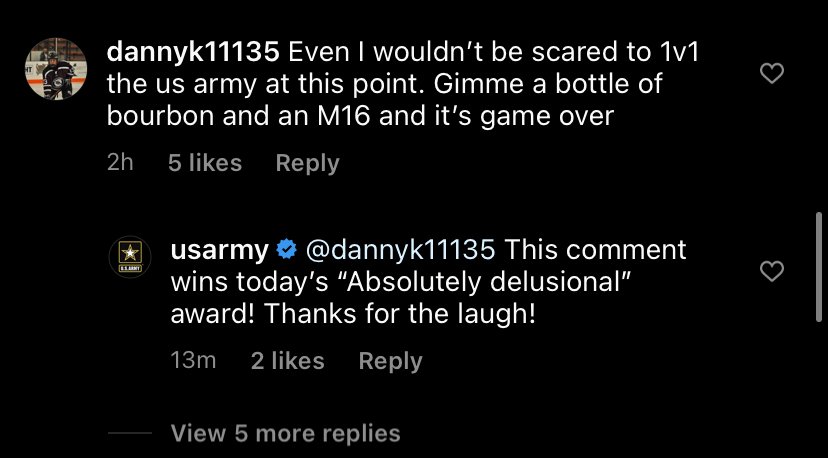 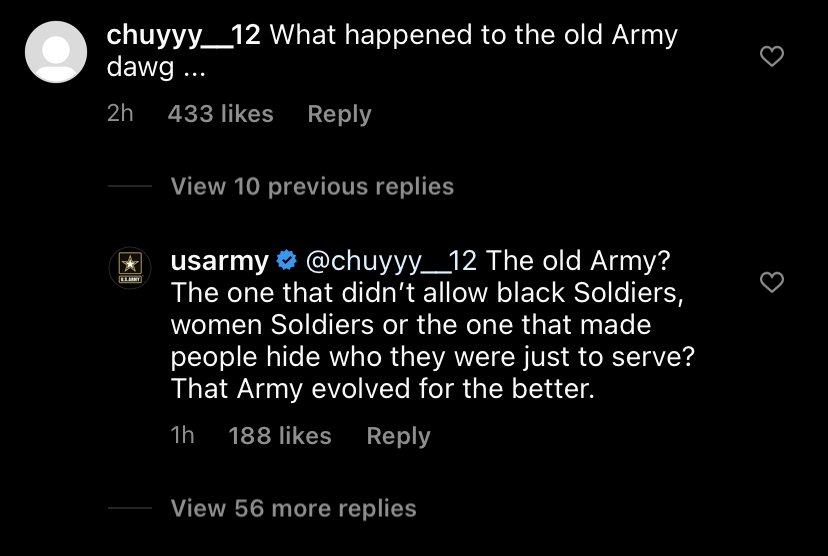 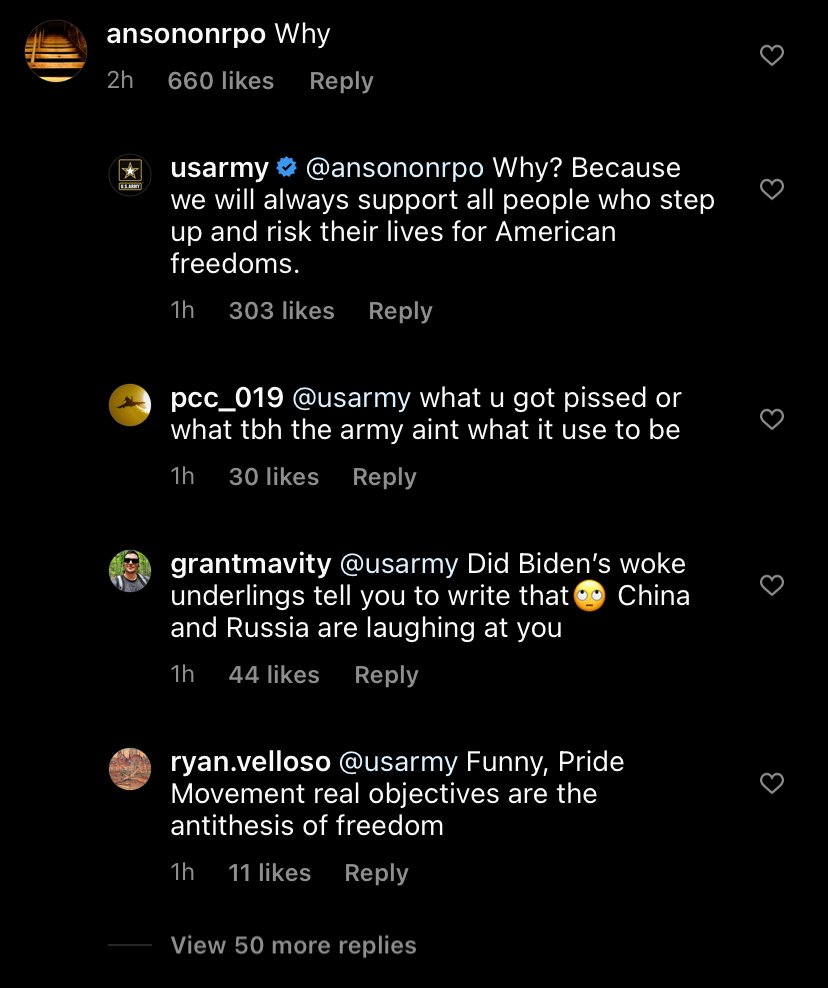 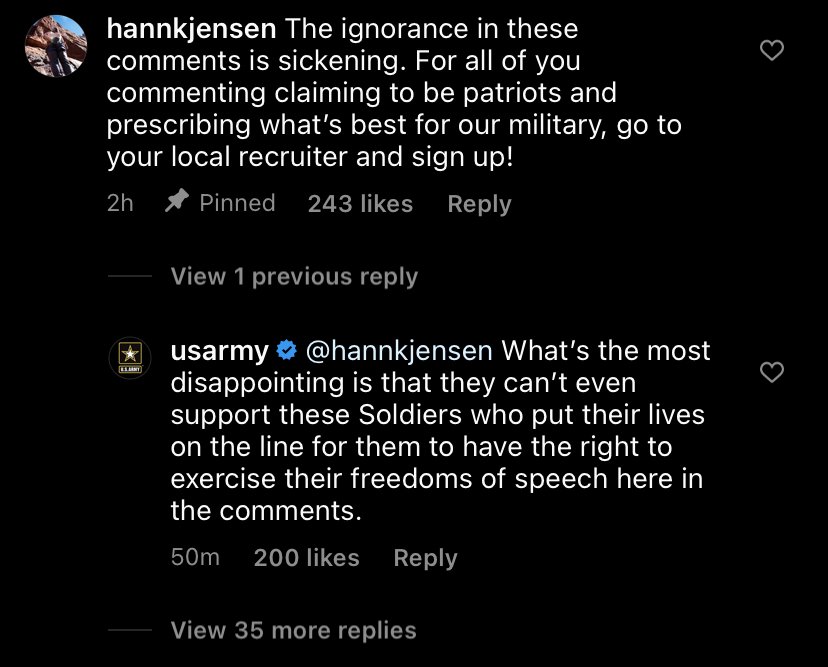 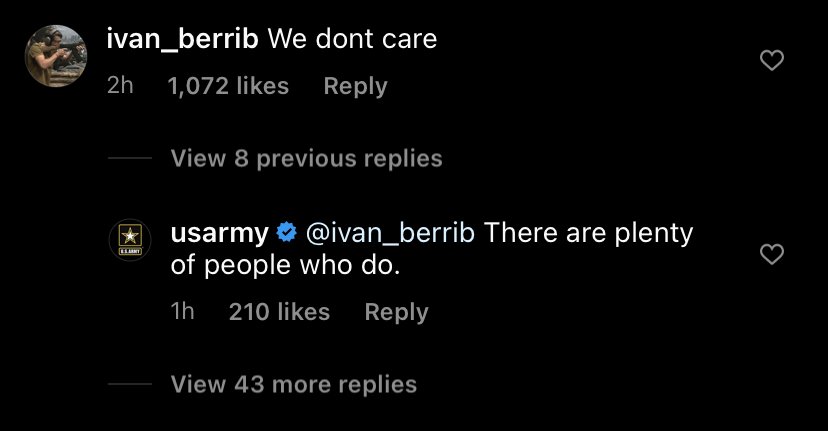 In America, the Pride flag, and the movement itself, is seen as a symbol of diversity; however, America herself is a symbol of diversity. When we have to constantly remind each other of our identities, including who we love and who we sleep with, it isn’t about being “phobic” to what pair of genitals you want to rub your own against, it’s more about why it is necessary to remind us that someone can be gay. The constant shoving everyones sexual identity down our throats doesn’t serve to make us more ‘inclusive’, especially in the Army, or the military at large where you are taught to serve beside your brothers and sisters in spite of whatever their immutable characteristics are or how they choose to sexually express themselves.

Statistics released in 2019 show that service-members across all branches totaled 2,404,928.

U.S. Army personnel totals around 1,099,061, the highest across all other branches. 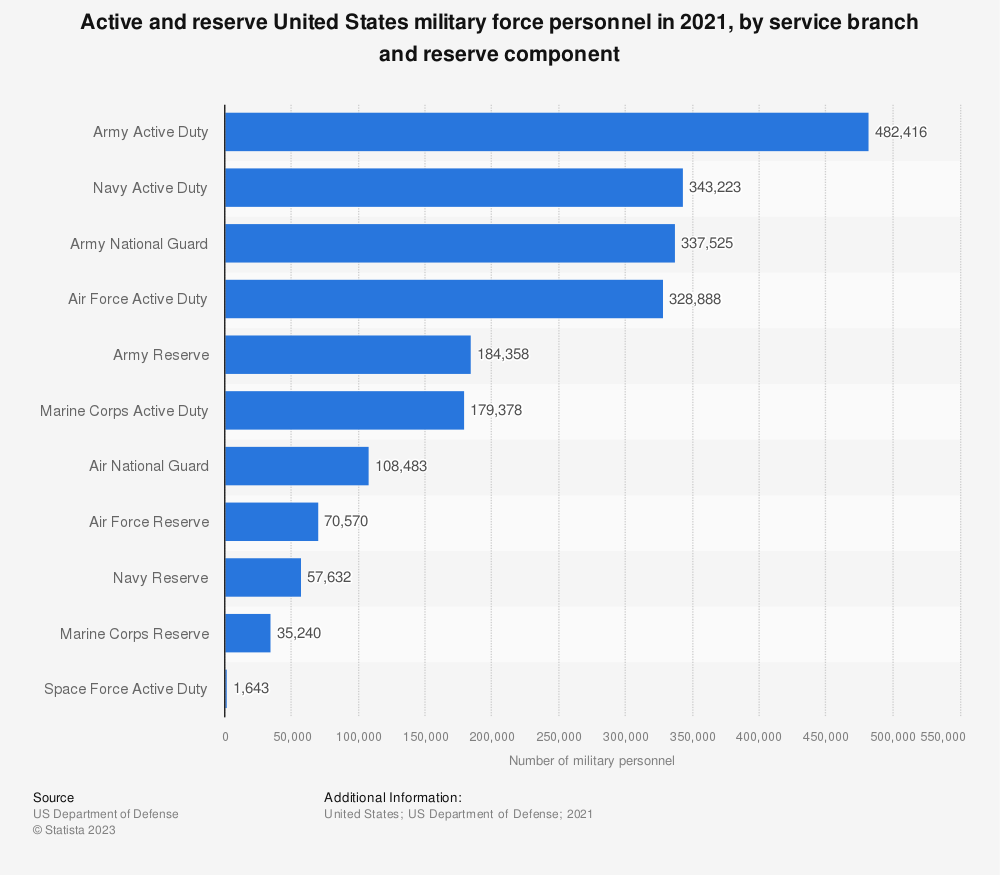 As of 2015, health studies by RAND showed that 6.1% of military service members (across all branches) identified as LGBT (pg. 265). That amounts to roughly 147,000 total service members.

For years now, the Army has struggled to recruit new soldiers. Perhaps the new direction is to open up the pool of applicants. According to the Ronald Reagan Institute’s latest National Defense Survey, that is no longer the case. The number of Americans who say they have a great deal of confidence in the military has fallen by 14 percentage points over the past three years, per Breaking Defense.

“[O]ne in three potential recruits are disqualified from service because they’re overweight, one in four cannot meet minimal educational standards (a high school diploma or GED equivalent), and one in 10 have a criminal history. In plain terms, about 71 percent of 18-to-24-year-olds (the military’s target pool of potential recruits) are disqualified from the minute they enter a recruiting station. . . .

Then too, of the pool of remaining potential recruits, only one in eight actually want to join the military, and of that number, fully 30 percent of those who have the requisite high school diploma or GED equivalent fail to pass the Armed Forces Qualification Test (the AFQT), which is used to determine math and reading skills. . . .

Maybe the military needs to showcase more ‘inclusivity’ and inject politics into an ever-increasing politically-aware country: they need more soldiers.

A page for whistleblowers for active-duty members to report any complaints for the teaching of Critical Race Theory in “diversity” training within their units has been set up by Rep. Crenshaw (R-TX) and Sen. Tom Cotton (R-AK).

PrevPreviousCensorship of Ivermectin as COVID Treatment
NextThe Great Reallocation of 2020: Why Workers are Changing FieldsNext