A proposed joint resolution in the South Carolina Senate, if passed by the legislature, would leave the decision up to the people of South Carolina in the next election. The amendment, if passed, would narrow the definition of gender to the “biological indication of male or female in the context of reproductive potential or capacity.”

The constitutional amendment, if passed, would amend Article XVII of South Carolina’s constitution to add the proposed section 16, which reads:

“The biological indication of male or female in the context of reproductive potential or capacity, such as sex chromosomes, naturally occurring sex hormones, gonads, and nonambiguous internal and external genitalia present at birth, without regard to an individual’s psychological, chosen, or subjective experience of gender shall constitute a person’s gender for the purposes of this constitution and the laws of this State.”

(READ MORE: School Board Member Resigns After Comments Against “Cis, White Male” For Board President)

The law would be the first of its kind nationwide, with no other state in the country amending its constitution to define gender. If the amendment passes, it will follow the state’s Save Women’s Sports Act, which banned biological males from competing in female sports in May.

In addition, the South Carolina legislature is also considering a bill that would ban anyone under the age of 21 from receiving gender reassignment surgery. It would also ban the allocation of public funds for gender reassignment surgeries. The bill also defines “biological sex” in a similar manner to how the proposed amendment to the state’s constitution defines “gender,” to mean “biological indication of male and female in the context of reproductive potential or capacity.”

The move also comes as legislators across the country face increased scrutiny over the presence of transgenderism in schools. Incidents such as the rape scandal in the Loudoun County school district in Virginia, where a transgender girl (a male purporting to be a girl) sexually assaulted a girl in a school bathroom. A grand jury recently found that the school district failed to prevent the sexual assault from occurring.

Luke Lattanzi contributed to this report. 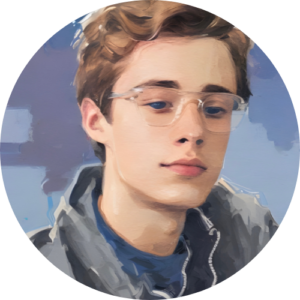 George Brown is a news writer for the American Pigeon Mentorship Program.
All Posts

Login or Register
PrevPreviousSchool Board Member Resigns After Comments Against ‘Cis, White Male’ For Board President
Next‘That’s Not The Type of Person He Is’: Son of Paul Pelosi’s Attacker Speaks Up Next