The most significant reason why one should reject abortion is that it’s evil; however, this moral judgement alone is not sufficient to defend against pro-abortion arguments. Science and other social statistics tend to largely agree with pro-life narratives. Nearly all pro-abortion arguments can be negated and debunked with simple biological facts, as well as the recognition of argumentative fallacies and other uninformed assumptions.

The overturning of Roe v. Wade caused an uproar among pro-abortion activists, resulting in the same washed-up arguments. One of the most popular is, “My Body. My Choice,” which is a complete rejection of biology and the separation of DNA. Perhaps a simple Google search would explain that women don’t have two sets of DNA, two hearts, two brains, two circulatory systems, or two sets of organs. A conceived baby is, biologically, not the mother’s body, specifically considering that a separate DNA footprint is developed during fertilization itself. They scream about “bodily autonomy,” but reject the scientific autonomy and separation of developing human beings. Perhaps “My DNA. My Choice” would be more fitting.

Because the growing baby and mother are two distinct individuals, with their own bodies, and their own unique set of DNA, the question becomes: what constitutes human life? The leftist will consistently assert that a fetus is nothing more than a parasite who cannot live outside of the mother’s womb. Yet this claim falls apart when we consider legality and conception.

Regarding legality, if one were to murder a pregnant woman, at any stage of pregnancy, he would be charged with “double homicide.” Now either the law is incorrect or it is right in asserting that that growing baby is a human being and therefore has the same rights as a human being. A pro-abortion advocate might argue that a baby is only a human being when it is conditional upon the mother’s consent to keep the baby. But this is an evidently poor excuse for abortion, or someone murdering the woman and her child, because human life is not conditional upon consent or any other subjective consideration.

When one does not consider a developing human as completely human, the argument then falls into a pit of dark history comparable to the 3/5ths Compromise, asserting that one is not a full human, therefore undeserving of his rights.. Thankfully, Thomas Jefferson provided us with the tools to eliminate these issues in the Declaration of Independence, arguing that the right to life is “endowed” upon us by our creator, not established by the government or other beings. He asserts that many rights are intrinsic to a human, existing naturally, without the state having to create these rights he sets before us, the first of amongst them being: Life.

Pro-aborters will proclaim that conservatives are only “pro-birth,” but do not support life outside of the womb, or that pro-life individuals aren’t adopting children when they assert that adoption is a better alternative than abortion. This is laughable to hear, considering both arguments are objectively false. Christians, who are largely pro-life, are twice as likely to adopt and foster children. Conservatives, overall, also give significantly more money to charities than liberals. And pro-life states, like Texas, have the largest number of non-abortion pregnancy clinics to financially support and provide healthcare for expectant mothers. So maybe the issue isn’t that conservatives don’t do enough for lives outside of the womb, rather it’s that the left would instead promote abortion than donate their money and time towards ending it.

One of the worst arguments in favor of abortion is one that President Joe Biden asserted on Twitter.

Well, Mr. President, I grew up below the poverty line and am glad I’m alive, as are millions of other poor children. You can’t get rid of us that easily! Not only does this argument insinuate that poorer mothers are incapable of raising children, but it also rejects current economic situation faced by women. Richer women have a much higher abortion rate than poorer women. 31% of richer women have abortions yearly, while less than 9% of poorer women do. Some might say that this is because of a lack of means to pay for an abortion, but lower-income households are more likely to reject general access to abortion and largely support restricting it to rape victims. So, the poverty argument, once again, is found in shambles.

This argument also borders the consequentialist idea that if a baby will be born in an undesirable situation, then it would be best that he is terminated. But abortion is not suddenly a moral action just because one can justify its outcome which itself is arguably an immoral one as it always results in the death of life.

The last two significant arguments that pro-aborters make are out of fear-mongering. The first is the use of rape victims in arguments. Just 1% of abortions are performed on rape and incest victims. So, are pro-choicers advocating that abortions should only be available to rape victims, or are they disgustingly using another’s sexual trauma to gaslight people into supporting their opinion?

Another argument made to scare people into supporting abortion is that women with ectopic pregnancies will have to die instead of having the embryo removed if abortion is banned. Again, a simple Google search will inform you that ectopic pregnancy removals aren’t performed in abortion clinics or by abortion providers. They are performed by OB/GYN’s and are medically considered “procedures,” not abortions.

Although there are many other uninformed arguments made by pro-choicers, the repetition of washed-up arguments must be ended. Pro-aborters are accompanied by a history of racial and physical eugenics, decades of fear-mongering and lies, and the continued decline of American morality. Unfortunately, many will opt to ignore this, arguably alongside the abandonment of Faith in American society. Many will still support abortion, even after pro-abortion arguments are debunked with objective truths, because the fight is a symptom of a larger culture war, and not always the lack of available information. 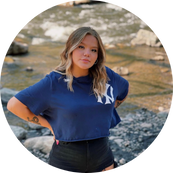