‘Moderate’ Democrats Capitulate On Leftist Vision Amid Crime Surge, But Have They Learned Their Lesson?

Among the casualties of escalating violent crime in New York City is the dying dream of a leftist utopia that would be ushered in by treating career criminals with kid gloves.

The moderate faction of New York Democrats have tacitly admitted the defeat of such dreams this past week with Mayor Eric Adams bringing back the dismantled anti-crime unit, rebranded under the euphemism of “Neighborhood Safety Teams” and weakened to appease the wokies. Meanwhile, Governor Kathy Hochul proposed sweeping modifications to the infamous bail reform state law, first implemented in 2020.

Unfortunately, such measures come too little, too late, as New York State Republican Party Chairman Nick Langworthy said in a statement in the New York Post.

“Her brazen opportunism is stomach-churning. Both she and Andrew Cuomo need to be reminded of the fact that their administration advocated for and signed the abomination that is bail ‘reform’ into law. They have blood on their hands and no amount of 11th-hour political maneuvering will change that.”

But, even such common sense measures are bitterly opposed by the leftist wing of NY Dems.

Hochul’s proposal compelled a group of activists, alongside some New York State legislators, to decry the measures in Albany this week. As Marvin Mayfield, an organizer with the Center for Community Alternatives, said at the event, “We want to let the public know that bail reform is working… there is no data that says that it has contributed to any uptick in crime.”

Part of the argument against amending the bail reform law is that the offenses that are no longer bail-eligible under said law only account for a fraction of cases that led to someone being re-arrested for violent crime. As the Times Union writes:

“Criminal justice advocates are particularly concerned about the first two proposals, which could dramatically widen the net of who is eligible to be held on bail. About 2 percent of cases that were not clearly eligible for bail led to a person being rearrested on a violent felony before their case is disposed.”

Those first two proposals? As outlined by the Post:

Regarding the 2 percent figure, like many leftist fantastical arguments, the technicalities of narrow data analysis are weighed more heavily than the holistic picture. Such a claim ignores violent offenses committed without criminals being re-arrested, as well as nonviolent crimes that deteriorate quality of life. More importantly, the argument fails to account for the effect that an impotent criminal justice system has on criminals’ willingness to commit crimes in the first place.

A Constellation Of Lenient Lunacy

Bail reform is merely one front in the leftist campaign to undo New York City’s historic wins against rampant criminality in the name of supposed social justice.

We see it with activist judges failing to jail violent defendants, even when their crimes are bail-eligible. Just weeks ago, Manhattan Judge April Newbauer denied a prosecutor’s plea to jail 54-year-old Eugene Clark, a career criminal who was indicted for fatally beating and mugging a 66-year-old man. Clark has two previous felony convictions, 16 misdemeanors, and skipped court eight times prior.

We also saw it in February when Bronx Supreme Court Justice Naita Semaj-Williams denied prosecutor’s requests to hold 17-year-olds Jonathan Aponte and Braulio Garcia on bail. The pair took part in a gang assault on 39-year-old Noel Soto, who ended up a beaten pulp on the subway tracks. Good samaritan Roland Hueston, 36, jumped down to save Soto, but was struck and killed by a train in the process. Both Aponte and Garcia were charged with murder and attempted murder respectively, but Semaj-Williams ordered them to be released until their next court date.

Judges like Newbauer and Semaj-Williams use their ideal-tainted discretion to give undue leniency to killers and thugs, risking the public good on the assumption that they’ll play nice until they have to appear in court.

In January, freshly minted Manhattan District Attorney Alvin Bragg issued his stunning “Day One” memo, ordering that his office would not prosecute resisting arrest, fare beating, and other nonviolent crimes, along with directives to downgrade a plethora of felony-class crimes to the misdemeanor level.

Among the most concerning issues, the memo stated that prosecutors should consider armed robbery in commercial settings as misdemeanor petit larceny “if there is no genuine risk of physical harm.” In other words, as widely interpreted, a robber brandishing a gun would only be charged with a misdemeanor, so long as there was no serious physical altercation.

But, a month later, after sharp criticism, DA Bragg had to turn around and reverse several points of his memo, under the guise of “clarifying” his statements in a letter to his staff.

When you need to affirmatively state that gunpoint robbery will be charged as a felony, it’s not “clarifying”—that’s you walking back dangerously idealistic policies that provide preferential treatment to criminals ready to take a life over innocent bodega workers.

From defunding the NYPD and dismantling its anti-crime unit in the wake of BLM riots; to activist DAs weaseling their way around penal law; to lackadaisical judges handing out get-out-of-jail-free cards, all with a wink and nod from the Democratic Party, it’s clear that bail reform was only one crack forming in the bedrock of public safety.

It is part of the comprehensive message that New York now sends to would-be criminals: “We will go easy on you. We care more about you than your victims.” While this approach is good news for the few criminals who offend and reform on their own accord, this method is being taken advantage of by criminals who will simply never change their ways.

What really salts the wound is that the question of how to address violent crime was already answered decades ago by the implementation of ‘Broken Windows’ policing, a method of law enforcement that emphasizes proactive policing of low-level crime to create an atmosphere of order. Otherwise, the theory goes, leniency on such offenses creates an environment of disorder, rife with abandoned buildings, vandalism, and public intoxication, all of which precipitate more serious crimes.

Leftist activists mistakenly assume the burden of proof is on Broken Windows advocates to show how it stops crime. They must assume enough time has passed that we can no longer make the connection that strong policing curtails crime, which is apparently a radical idea for some. Instead, it’s up to leftist “reformers” to show the public how we can roll back proactive policing without grave cost to public safety and innocent lives.

We already have hard evidence that Broken Windows works, as demonstrated by the city’s dramatic turn around in the 1990s, spearheaded by Mayor Rudy Giuliani and NYPD Commissioner William Bratton. As noted by City Journal, crime in NYC “fell further, faster, and for longer than anywhere else in the country.” Murders, for instance, stood at a harrowing 1,927 in 1993. Giuliani took office the following year and marched full-steam ahead with Broken Windows, pushing murders down to 629 by 1998, according to NYPD’s CompStat data.

By 2017, murder rates dropped to 292, our lowest per-capita rate since 1951. We hovered around 300 for the next few years, with a sharp climb in 2020 up to 468, and 488 last year. Leftists will blame COVID for the homicide spike. I blame the uniquely postmodern attempt to dismantle time-tested strategies to managing crime. Which one makes more sense?

We’re still riding high on the Broken Windows measures of the 90s, but if we continue to chip away at the system that made New York one of America’s safest big cities, we might find ourselves treading back into the darkness of the 70s and 80s.

It is inarguable that aggressive policing can lead to abusive incidents of police brutality. However, the benefits of proactive policing and a robust criminal justice system are too great to scrap Broken Windows wholesale. Reforms should be made to prevent NYPD abuse, but they must be made erring on the side of prioritizing the innocent New Yorker and not the repeat offender.

Until leftists can present a fundamentally profound alternative to Broken Windows that doesn’t produce stark increases in crime, they cannot be allowed to continue undermining New York’s public safety. As we see now, any attempt at doing so will be mired in blood, the trail of which  they will try to obfuscate and cover up with pity-party explanations of socioeconomic status and mental health.

And, if Hochul’s and Adams’ attempt to curb violence isn’t genuine, if they are merely following the political winds, any gains from addressing bail reform or implementing ad-hoc public safety units will have minimal impact. Such measures will be overshadowed by the nefarious atmosphere of leniency that the left has let dominate New York’s culture and criminal justice system. The fix is simple: we must assume the worst—not the best—of violent criminals and be proactive. Where there’s room for forgiveness and rehabilitation, we are obligated to make space and dedicate resources. But, above all, innocent New Yorkers are the priority. In finding the right way forward, common sense will trump the ivory-tower, back-bending defense of criminality every time. 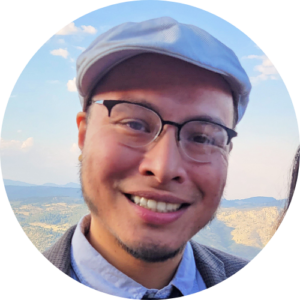