Maryland’s Montgomery County Public Schools issued guidance for its staff on how to deal with gender identity. The ideological guidance reportedly requires staff to lie to “unsupportive parents” about their child’s gender identity and encourages staff to contact the welfare office in cases where parents are unsupportive of their child’s transition, according to Parents Defending Education.

“Gender Identity in Montgomery County Public Schools” was created in September 2021. The guidance is centered around gender affirming ideology with one of the explicit goals to “Support students so they may participate in school life consistent with their asserted gender identity, including students who identify as transgender or gender nonconforming.”

Staffer are also directed to assess a student’s “level of support” they receive at home before talking to their parents about their child transitioning. In cases where parents are unsupportive, they are advised to contact Student Welfare and Compliance (SWC) to develop a reeducation plan that “works toward inclusion.”

(READ MORE: Wokeism: Coming to an American School Near You, How “Anti-Racist” Curriculum is Racism)

Contacting SWC will help to develop a “student-led plan that works toward inclusion of the family, if possible, taking safety concerns into consideration, as well as student privacy, and recognizing that providing support for a student is critical, even when the family is nonsupportive.”

Where families are unsupportive, the staff is directed to refer to students by the pronouns that correspond to their biological sex, so that parents do not become aware that their child is transitioning.

The guidance also take blurs any boundaries between male and female restrooms and locker rooms, granting students access to use either according to their gender identity. It also asserts that in the event of overnight trips, transgender students have a right to sleep in rooms consistent with their gender and “other students—as well as their parents—do not have a right to know the gender identity or biological sex of a transgender peer in such circumstances.”

“School staff are already mandatory reporters if they believe a child is in danger—this is the weaponization of gender ideology and has nothing to do with actual concern for students’ well being,” Parents Defending Education Director of Outreach Wrika Sanzi told Breitbart News.

The guidance comes at the heels of the Biden administration’s new Title IX policies that would undo President Trump’s male-female distinction in order include transgender ideology, Breitbart reports. 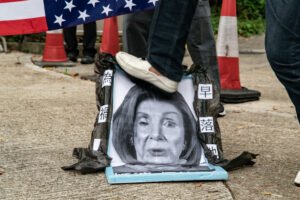