It was when Karl Marx, a student at The University of Berlin, was drinking heavily at a local tavern and arguing the merits of Hegelian philosophy, that he suddenly had a life-changing epiphany. He realized that he was wasting away in shady taverns, getting high on the fumes of his own intellectual narcissism. Marx was distraught with this realization and decided right then and there to clean up his act, no longer to waste his days in a drunken stupor. He swore to never take another dime from his wealthy father, who provided ample sums of money for Marx’s education. He was going to study hard. Earn his money. And work on his character so he could graduate University as a man of honor.

Marx was off putting, to say the least. There are many reports, including one from a Prussian spy, who visited Marx in London disguised as a revolutionary to only write the following:

“Marx leads the existence of a Bohemian intellectual. Washing, grooming and changing his linen are things he does rarely and is often drunk…”

“He often stays up all night and then lies down fully clothed on the sofa midday and sleeps until evening… There is not one clean and solid piece of furniture. Everything is broken, tattered and torn, with half an inch of dust over everything…”

Marx even considered making soap a symbolic symbol of the bourgeoisie. This is why so many modern day communists refuse to bathe. One can decide for themselves if that last statement is true or not.

The Prussian spy was not the only person who had a negative view of Marx. Gustav Techow, another Prussian who after being sentenced for treason, escaped Switzerland with the help of a revolutionary group, and found his way to London where he joined forces with Marx. In a letter sent back to those who helped him escape, Gustav had this to say:

“I regret, because of our cause, that this man does not have, together with his outstanding intelligence, a noble heart to place at our disposal. I am convinced that everything good in him has been devoured by the most dangerous personal ambitions. He laughs at the fools who repeat after him his proletarian catechism, just as he laughs at [other] communists … and also at the bourgeoisie …’

Marx’s own wife even had gripes. Apparently knocking-up Helen Demuth, the family maid (whom he did not pay) with an illegitimate child, rubbed her the wrong way. The boy was soon fostered out to a working class family. The only contact he was allowed to have with his biological mother was by entering the London home through the back-door and their visits were confined to the kitchen.

Marx was so terrified of the infidelity coming to light, he convinced Fredirck Engels, his partner, to proclaim the boy as his own. Engles had a bit of contempt for Marx over this, that on his deathbed, wrote Marx’s daughter, “Freddy [the boy] is Marx’s son…”

Now that is some Grade-A juicy goss!

Marx also had an adverse and hateful attitude toward any opponent, especially in the socialist movement. He once described his greatest adversary, leading nineteenth-century German socialist Ferdinand Lassalle as, “The Jewish N– Lassalle…”

He continued his slander in a letter to Frederick Engles by lambasting Lassale:

“ It is now absolutely clear to me that, as both the shape of his head and his hair texture shows – he descends from the Negros who joined Moses’ flight from Egypt (unless his mother or grandmother on the paternal side hybridized with a n–). Now this combination of Germanness and Jewishness with a primarily Negro substance creates a strange product. The pushiness of the fellow is also n-like.”

Holy-guacamole that’s intense. Marx’s reckless tornado of racism didn’t stop there. Marx had a huge amount of contempt for the Jews in bourgeois society. He considered them to be everything wrong with the capitalist system and even wrote an essay called, “On the Jewish Question” in 1844.

“What is the secular basis of Judaism? Practical need, self-interest. What is the worldly cult of the Jew? Haggling. What is his worldly god? Money! … Money is the jealous god of Israel before whom no other god may exist.”

Gee, Marx sure does sound like another famous guy from history who really wasn’t too crazy for the Jews.

Marx was lucky enough to find a part-time gig as a correspondent for the New York Daily Tribune. Unfortunately, the workload of two articles a week was way too much for him to handle and he pawned off a major load of the work onto Friedrich Engels. Engels seemed to not have a problem with this, since it gave Marx more time to sit on ass and develop his critiques of capitalism. Engles even sent Marx money, like his father did during his schooling (a trend in Marx’s life) so he could focus on developing his own ideas.

The income from Marx’s wife, Friedrich Engles and his bi-weekly articles, kept Marx afloat for some time, allowing him to become fatter and stinkier, while developing the ideas that led to his magnum opus, Das Kapital!

All the while, three of his children died of malnutrition and two more would later commit suicide in their adult life.

Marx found himself jealous of a system that did not give back to him in the way in which he thought he deserved. Despite being a figure who was “standing up” for the working class, Marx really had no sympathy for those in need. The very philosophy he touted was a gamble with the minds of millions through revolution, which led to the murder of a hundred million people and enslaved damn near a billion.

Although Marx was no fan of nation states, he was a fan of the eradication of private property, religion and family, which according to him was a very bougie concept. Like buying two pairs of sweatpants for the price of one.

The Communist Manifesto states the need for revolution through the eradication of the bourgeoisie, meaning: kill them all. Lenin understood this quite well and used those ideas in his revolution of 1917. Lenin slaughtered property owners and executed the royal family. He then pressed on to exterminate all those who opposed the vision of his communist utopia. This led to faminine and the death of millions. Stalin would continue this legacy, while starving out the Ukranians in the process.

China, where Mao also adopted communist ideals, decided to melt down all farming tools to produce sub-par steel, which led to another mass starvation. He never reaped the benefits of the shitty steal either. For some reason communism really goes hand-in-hand with starvation.

In the end, Marx was an absolute nihilist. His philosophy was forged in the mind of a bitter and hateful man who viewed the world and all its inhabitants as pawns in a sick game of rule or be ruled. But this is all coming from a completely biased and unapologetic capitalist-pig-dog.

Sometimes I wish I could put those communist glasses on and glance around a grocery store, inevitably leading to me puking all over the aisle, being surrounded by all the labels and persuasive marketing campaigns. Just so I can understand what it’s like to be that negative.

Maybe one day, someone in our capitalist society will come up with a way for me to do that. Until then, I’m going to enjoy a nice Taco Bell Supreme and smile at the thought of the Soviet Union coming to a crashing halt. 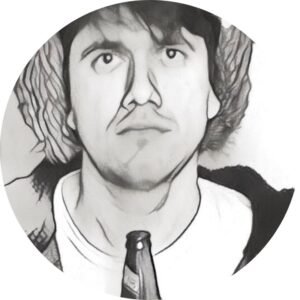 Sigmund Cross is a cultural and satirical writer. He is also the creator of the failed blog National Caviar Magazine.
All Posts

PrevPreviousBiden’s Self-Made, Intentional Crisis Leads to Calls for Green Energy
NextIf Republicans Sweep in 2022, There are No ExcusesNext