Walking through cesspools of leftism like NYC, one tends to wonder why everyone is so comatose? It might be the excessive stimulation of the bustling city life that desensitizes the populace to scenes, events and images that might make others do a double-take. People are accustomed to seeing junkies shooting up in the streets, homeless people begging for money or shouting on the train, people assaults others— both sexual and physical— amongst many other typical daily scenes in New York City. Most times, people just ignore the junkies, the beggars and shouters, and even the crime. Apparently, if you see something, say nothing.

But unlike the somnambulists roaming zombie-like in the Big Apple, one New York woman decided she was going to literally take matters into her own hands when she saw sexually suggestive advertisements posted on the train. 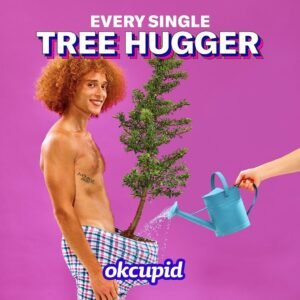 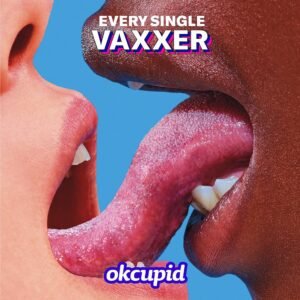 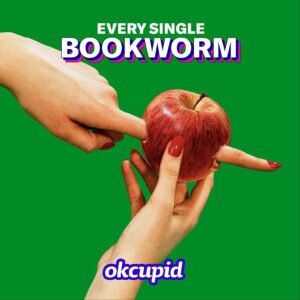 Seeing these images, she began to rip them off and questioned whether these are appropriate for children to see. “All of this is gross,” she said. “For kids to be looking at this, is that okay?” While it appeared that the person behind the camera was supporting her with commentary, and another unidentified male was helping remove the images, all of the other passengers looked away, afraid to engage.

According to Dailymail, “The ads are a part of the OkCupid’s inclusive ‘real dating’ campaign, promoting single New Yorkers to get back out there as the city reopens. Paired with suggestive photos and an array of sexual identities, orientations, and fetishes, the company stated: ‘We celebrate you: every single one of you.’”

The woman went on saying that the government wants to ‘divide and conquer’ us.

“Divide and conquer, that’s what the Chinese want. The government is against us and you don’t see it. You guys think you take a vaccine and this is going to go away? It’s never going to go away. This isn’t about equality, guys, this is about communism.”

This was an image sent in from a friend riding the subway, different train. 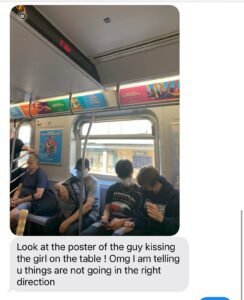 The MTA is protecting OkCupid’s advertisements with a representative, Deputy Communications Director Eugene Resnick speaking to the New York Post, saying that they are protected by the First Amendment.

“The MTA is subject to the First Amendment, which limits the restrictions that may be placed on which ads to accept. There is a review process for subway advertisements, the OK Cupid ads went through that process and were determined not to violate MTA guidelines.”

He continued saying, “Customers are free to express their disdain with subway advertisements, but they are not permitted to destroy them. Riders who violate that basic principle are subject to prosecution.”

The Post also received comments from some of the riders who expressed their criticism of the advertisements, with one passenger saying “Ok Cupid’s ads make me into a nonconsensual participant in the sex lives of strangers twice a day, every day. It just skeeves me out.”

But the criticism is not enough for the MTA to remove the sexually suggestive ads that children will see every day on their commute from school. It’s currently unknown how much they are receiving from OkCupid to display them. The concern for vandalism, however, is greater than their concern for perverse material.

Any criticism is shrugged off as bigotry and ignorance.

OkCupid released a statement saying that “many” have contacted the company to praise the ad campaign. “A much smaller few have had shockingly vitriolic reactions to it; but these reactions only serve to make it even more clear that we must continue to champion people who are historically underrepresented. Whether you’re a non-binary person, an environmentalist, a vaccine advocate, or all of the above, you deserve to find what you’re looking for on OkCupid.”

“The personal is political,” was a common phrase used with second-wave feminists in the 60s and 70s. The precise origin and meaning of the term is debatable, but was used to refer to women’s personal relationships and “consciousness-raising” of these relationships as forms of political action. Today, the phrase has taken on new life.

Cultural Marxists like Antonio Gramsci and Herbert Marcuse understood that revolution would not come with simplistic divisions of economic classes. Marcuse understood this to be especially the case in America where he believed that the working classes absorbed the consumerism of the bourgeoise. This endowed the masses with a “false consciousness,” the idea that dissent with Marxism was a result of the prescribed oppressed masses being ignorant of their oppression, thereby justifying it and further perpetuating it.

The concept of “false consciousness” seeks to nullify any disagreement with the Marxist agenda by redefining the discourse to persuade some peoples that they are oppressed, regardless of what they might personally think. In contrast, cultural Marxists will treat the prescribed oppressors as bigots or, in other words, as those who deny the existence or identities of marginalized peoples.

OkCupid, in a statement released after the incident, did exactly this when they shrugged off the criticism of the ads as the reason “that we must continue to champion people who are historically underrepresented. Whether you’re a non-binary person, an environmentalist, a vaccine advocate, or all of the above, you deserve to find what you’re looking for on OkCupid.”

Chief Marketing Officer Melissa Hobley told left-wing outlet The Advocate, that the company is doubling down on their commitments to be more “inclusive.”

It’s important to add here that, as Hobley says herself, there was an increase in the number of users who identified as “pansexual” and “nonbinary.” While this would explain the ads that are targeting these users who generate profit for the company, it doesn’t explain the sexually suggestive images.

“It’s actually just doubled down our commitment to inclusivity and diversity, and it tells us that actually, it’s even more important to show all kinds of people and all kinds of love. If we’re pissing off people that don’t want to celebrate diversity or to celebrate all kinds of love, then that’s okay — you can go elsewhere,” Hobley says. “We’re totally fine with that.”

But can subway riders “go elsewhere?” Would it be fair to ask them to not ride the train? Would it be fair to make kids take alternative modes of transportation, if there were any, when they are not yet of the age of consent? Is it fair to non-consensually subject passengers to sexually suggestive images and then blame them for being ignorant of others’ identities?

She did not respond.

In addition to the sexual images, however, there is also political messaging.

And then there's the political messaging which is equally as gross. pic.twitter.com/gHhDteVWfF

PJ Media reached out to Deputy Communications Director Eugene Resnick, who issued the same statement given to the NY Post, that “the MTA is subject to the First Amendment.” But as is pointed out, the MTA’s advertising policy is contradicted when they allowed political messaging to be displayed.

“To establish uniform, reasonable, and viewpoint-neutral standards for the display of advertising in and on the facilities, vehicles and other property…”

“B. Prohibited Advertising Notwithstanding the foregoing, the MTA will not accept any advertisement for display in or on the Property if it falls within one or more of the following categories:

a. Are directed or addressed to the action, inaction, prospective action or policies of a governmental entity, except as permitted in Sections IV.A.2–IV.A.3 of this Policy; or

b. Prominently or predominately advocate or express a political message, including but not limited to an opinion, position, or viewpoint regarding disputed economic, political, moral, religious or social issues or related matters, or support for or opposition to disputed issues or causes.”

We reached out to the MTA for comment regarding these contradictions. They did not respond.

New York City has always been known for its liberal culture of free expression, but that expression didn’t extend to sexually evocative images publicly displayed in the subway. In the age of hook-up culture, perhaps this imagery is what we can look forward to; yet, just as concerning as the images themselves is the blatant disregard for their social consequences. While the MTA and Ok Cupid company defends their ads on the grounds of ‘inclusivity,’ they are neglecting the real questions many have: “why is this okay to show to children? Why must sex be displayed publicly and without passenger consent?”