2022 was a terrible year for free traders.

Katherine Tai, who succeeded Robert Lighthizer as U.S.Trade Representative in 2021, has continued to buck the trade-liberalizing D.C. establishment. Democrats (with some notable exceptions) and libertarian-minded Republicans have decried the trade policies of the last two administrations as protectionist and even mercantilist. While these labels are obviously hyperbolic, there has been an unquestionable lean in the direction of economic nationalism in recent years.

Why, though, is this a bad thing? While free trade has, undoubtedly, provided American consumers with cheap, disposable goods, it has also deprived them of once good-paying jobs. Parts of the country, often referred to as “the flyover states,” used to employ millions of Americans with sustainable careers in manufacturing. Now, these states look more like Aleppo; they are jobless, hollowed-out, and devoid of opportunity.

Our unfortunate elite, who are utterly indifferent to the plight of the rustbelt, ask: how is it that over 62 million Americans voted for Donald Trump in 2016? While the answer to this question requires a thoughtful, nuanced response, one thing seems abundantly clear to me: blue collar workers felt as though they have been forgotten about by the powers that be. They were, of course, correct. The global-elite likely spend little time thinking about the Pennsylvanian steelworker or the West-Virginian coal miner and more time concerned with expanding capital markets and international interconnectedness.

It is also important to note that the free-trade-elite infrequently make pleas for trade reciprocity. They could care less if other countries tax our exports; all that matters is that our imports are duty-free because at the end of the day that means cheaper consumer goods for us. American producers, however, are left in the dust.

Things weren’t always this way. We didn’t used to be Smithian absolutists on trade. Even in the FDR years, when America embarked on its trade-liberalizing journey, we worked with other countries to encourage trade reciprocity. In other words, trade agreements were intended to yield multilateral reductions in tariff-barriers and other restrictions.

Today, however, it is considered a given that Americans will always receive the short end of the stick on trade. We are to take our free trade and cheap goods and watch as our jobs migrate to Southeast Asia and Central America.

Free trade orthodoxy, much to the chagrin of the D.C. swamp, took an unforgiving blow when Trump was elected in 2016. His appointment of Robert Lighthizer, a long proponent of tariffs and the old Republican platform of economic nationalism, signaled, what would be, a paradigmatic shift in American trade policy. Tariffs, instead of being casted aside as reactionary tools from a bygone era, were leveraged against foreign countries who have become all too accustomed to exploiting our markets.

In 2018, the Trump administration boldly tacked on a 25% tariff on steel imports entering into the U.S. This was, of course, met with a barrage of attacks from rank-pundits lambasting him as an isolationist. Some went so far as to compare him with William McKinley, the 25th president of the United States, who was an ardent protectionist. The petulant coastal elite whimpered as workers lauded Trump for his valiant defense of American industry.

Trumpian trade philosophy, thankfully, did not die in 2021 when Joe Biden was elected. Katherine Tai, whose background on the tariff issue is rather ambiguous, has been a pleasant surprise. She has, time and time again, supported the Trump-era tariffs. Earlier this year, Tai and the Biden administration continued to keep in place $300 billion in China tariffs that Trump and Lighthizer imposed.

Treasury Secretary Janet Yellen has not been pleased by this decision. Tai, just a week ago, pushed back against claims made by the WTO that America’s steel and aluminum tariffs violated international trade rules.

“It is a very challenging place to be to have unelected, not really accountable decision-makers in Geneva second-guess processes that are run through a government like ours which is democratic,” Tai said.

Three cheers for Mrs. Tai for doing the right thing! America first, not unfettered free trade, is the future. 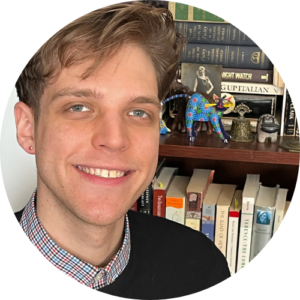 Frank Filocomo is a graduate student at New York University and an intern at National Review Institute.
All Posts