Every military branch has some snarky jokes about the other, but usually it’s all in good fun. Well, leave it to the United States Air Force to host its first ever “kid-friendly” drag show during its “Diversity, Equity, and Inclusion Summer Festival” on Joint Base Langley-Eustis (JBLE) August 1. The goal of the drag show was “to provide education, increase collaboration through outreach efforts, and recognize the diverse composition of JBLE. #celebratingdifferences.”

The festival, advertised as a family event that will have “bouncy houses and face painting for the children,” reportedly included a number of guest speakers and performances, including a performance by “Harpy Daniels—The Navy Drag Queen,” according to the event’s website. Joshua Kelley, who goes by the moniker “Harpy Daniels” told the Navy Times in 2018 that he joined the Navy to fund his drag hobby, according to Daily Wire.

Do you hear that? That’s China literally quivering in her boots. Or maybe that’s laughter.

“Today, the Breaking Barriers Alliance of Joint Base Langley-Eustis put on the Diversity, Equity & Inclusion Summer Festival! The festival was a time for members of the community to learn about and celebrate the many people that make #TeamJBLE the rich, diverse and strong team that it is,” JBLE wrote on its Facebook page. “Thanks to all the communities, performers and folks that came out to learn, have fun, and make JBLE the best place to live and work!”

In a statement to the Daily Wire, JBLE said that their central theme is “celebrating differences.” The festival reportedly advertised to all personnel that worked on the base through email. One employee who asked Daily Wire to keep them anonymous for fear of retaliation from base officials called the show inappropriate.

“It’s burlesque, it’s hyper-sexualized, it’s not something appropriate for children,” said the person.

Drag shows for children are going viral online as videos are surfacing of children dancing for dollar bills. After one Miami bar held a drag show for children, Florida Governor Ron DeSantis filed a complaint with the Department of Business and Professional Regulation.

The politicization and wokeification of the military is nothing new. The military has implemented numerous diversity and inclusion operations and is commanded by political zealots. Through taxpayer funds, the military began supplementing gender-reassignment surgery. The Pentagon is also seeking to make sure the military is the right shade of brown through their Diversity and Inclusion Board. Last year, the Army issued an “Operation Inclusion” email that contained infographics and fliers that discussed “overt forms of white supremacy.”

It is not surprising that the military is headed in this direction given its leadership. Joint Chiefs of Staff Chair General Mark Milley, who is the highest ranking military officer in the country, is a defender of Critical Race Theory who wants “to understand white rage,” American Pigeon reported last year. Last year, Chief of Naval Operations Admiral Michael Gilday’s Navy published his reading list that included debunked, anti-American books such as “How to be an Anti-Racist.”

The military is reportedly facing the lowest recruitment levels since the end of the Vietnam War, as they threaten to involuntarily sever troops that do not receive the mandatory COVID shot. The Army is not backing down against those who decide not to conform to its political agenda in pushing an ineffective vaccine, as it cut off around 40,000 National Guardsmen and 22,000 Reservists from benefits.

Republican leaders claim that the recruitment levels come as the military is becoming more woke. But it turns out that the pink-haired trans activists are not going to bear arms against a rapidly militarized China or Russia and those who will are not being treated with the “dignity and respect” that they deserve. 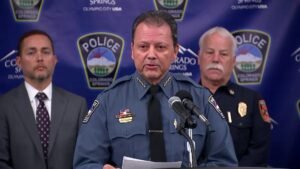 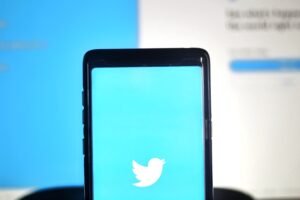 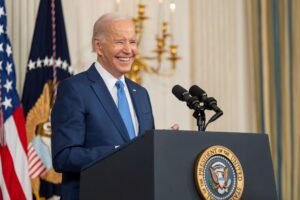